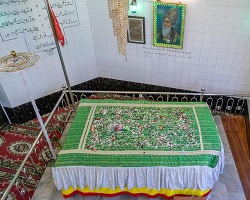 Back to the History with Sunanda Srivastava

On this day in the year 1862, last Mughal King Bahadur Shah ‘Zafar’ died in exile in Rangoon. Ghalib, who had been his ustad, received the news much later, only through the newspapers. He wrote a simple epitaph in a letter dated 16 December 1862, to his friend Mir Mahdi ‘Majruh’:

In a bid to ensure that Bahadur Shah Zafar’s resting place would not become a site of pilgrimage for both Hindus and Muslims, that would

potentially incite another freedom struggle in the memory of the Emperor, the British hastily buried the deceased Emperor in a secret location.