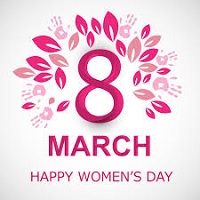 with a colorful event. The theme of the program was safety of women and with a small dialogue on the same subject, the members of WOW India started the program.

The conceptualization & script-writing was of Dr. Purnima Sharma, Secretary General of WOW India, which was directed by the Cultural Secretary of WOW India Leena Jain. WOW India President Dr. S. Lakshmi Devi with Banu Bansal, Dr. Ruby Bansal, Dr. Priya Kapoor, Dr. Deepika Kohli, Dr. Rashmi Jain, Dr. Indu Tyagi, Sarita Rastogi and Sushma Aggarwal presented it with full enthusiasm.  After that, Dr. Sharada Jain, Chairperson of WOW India, expressed his views on the empowerment of women and Dr. S. Lakshmi Devi, President of WOW India informed the audience about the journey of WOW India from the beginning till now. Leena Jain successfully conducted the program.The main attraction of the program was to listen to Didi Maa Sadhvi Ritambhara ji. Didi Maa Narrated the journey of women started from Vedic period to modern period, also suggested that it’s the duty of a woman to give good values to her children since childhood – especially boys – so that they can learn to respect other women.Renowned Kathak dancer Ms. Prerana Shrimali of Jaipur Gharana was awarded with International Women’s Day Legendary Award for her unprecedented contribution in the field of classical dance. She is an Inspiration for all gurus to keep alive the “Guru-Shishya tradition”, an important part in the field of arts like music & dance. Speaking on this occasion, Prerana ji also worried that why half the population of the world, i.e. women, are considered lower than the men? Why are girls still banned from leaving the house after dusk in many places? And even if they have to go, the brother will accompany them – even if that brother is ten years younger than them? In fact, these are such burning questions that we all have to find answers together.Apart from this, the highly qualified Dr. Deepti Nabh was awarded with the Excellence Award for her commendable contribution in the field of women’s health. Dr. Nabh is Senior Consultant Obstetrician & Gynaecologist & Infertility Expert. Ms. Yogita Bhayana was awarded with the Excellence Award – for the work she is doing in the field of social service – especially for rape victims. Mrs. Amropali Gupta, the famous Odissi dancer, awarded with the Excellence Award in the field of music and art. Some Appreciation Awards were given. Awardees are:  Dr. Meenakshi Sharma in the field of health, Mrs. Bimlesh Agarwal of Yojana Vihar branch, Mrs. Sunita Arora of Indraprastha branch and Mrs. Vandana Verma of IPEX branch in the field of social service, Mrs. Rekha Asthana of Surya Nagar branch in the field of education and Mrs. Rajeshwari Bhargava of Indraprastha Branch in the field of music and dance. Mrs. Savita Kripalani of Surya Nagar branch and Mrs. Parul Sharma of Indraprastha branch – who provides Consultancy Services under the name Study Seven seas for students wishing to pursue medical studies abroad – were honored as Best Co-Ordinator. Suryanagar and Indraprastha branches were awarded with Best Branch awards in various fields.

Members of all the branches and members of the Delhi Gynaecologist Forum presented colourful programs. The most attractive program was the classical dance of Amropali Gupta’s two disciples, Anupriya Sharma and Sanwari Singh.